Defenders are sometimes undervalued compared to their more flashy counterparts at the other end of the pitch, but a good defender can make the difference between a World Cup champion, and a World Cup runners-up. Just ask Italy. Here, we’re going to look at my personal top 5 young defenders playing today. For the scope of age, I’ve kept it as under 23 years of age at the point of writing this article. The players are also not ranked, simply my top 5. All stats provided in this article are from Squawka and are for the 2012/2013 season unless otherwise stated. 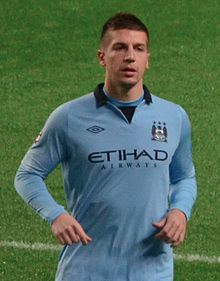 The young Serb joined Manchester City for €15.2m and Stefan Savić before the 12/13 season, and has since firmly established himself as a starter for the side, displacing the once indispensable Joleon Lescott. His partnership with Vincent Kompany is blossoming and one of the strongest in the league. He made 21 appearances in the Premier League, with a 94% success rate in his tackling (29 out of 31), and winning 66% of his aerial duels (69 out of 104). He plays with maturity far beyond his years, and his tackling technique is fantastic for his age. If everything continues to go right for him, he could become a world beater and elevate City to the European glory they so crave. 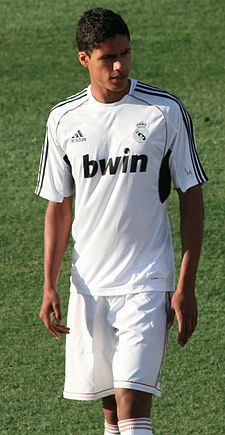 The Frenchman plays for Real Madrid and has seen his stock rise at an astronomical pace since his move from Lens for €10m. After superlative performances in the Champions League and El Clásico, he’s quickly becoming lauded as France’s brightest defensive prospect since Laurent Blanc. Making 15 appearances in La Liga, he was successful in 69% of his tackles (9 out of 13) and 75% of his aerial duels (36 out of 48). With good pace, positioning, and technical skill, he has all the tools to become one of the best centre backs ever. If he manages to keep up his pace of growth in Real Madrid, expect them to quickly become one of the best teams in Europe. 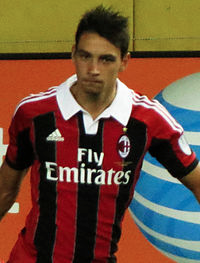 Currently seen by the Milan faithful as the natural heir to the great Paolo Maldini, De Sciglio has emerged as one of the brightest prospects in world football. His defensive positioning is reminiscent of Il Capitano, and being naturally right-footed while playing at left back only adds to the comparison. He made 27 appearances in Serie A last season, winning 77% of his tackles (59 out of 77), and 68% of his aerial duels (46 out of 68). He also completed 84% of his passes, and contributed 2 assists. What sets him apart is his ability on the ball and comfort in possession, as well as his ability to close down space quickly. A little on the weaker side, if he manages to bulk up a little and continue growing at this rate, he might become the Italian legend that all Milan fans are hoping him to be. 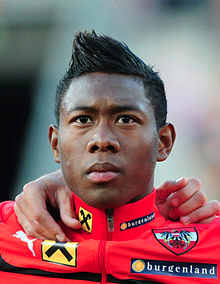 The Austrian was one of the best left backs in the world last season, taking over Philipp Lahm’s role with incredible ease. Blessed with great pace and a rocket of a shot, the midfielder-turned-left-back is now a key component of an all-conquering Bayern Munich side. All at the age of 21. Making 23 appearances in the Bundesliga last season, Alaba has a whopping 85% success rate in his tackles (35 out of 41), and pass accuracy of 89%. He also contributed 3 goals and 3 assists. Being proficient going forward or going back, Alaba and Ribéry have formed the most potent left side in all of Europe. Expect that to continue as we head into the new season, and for Alaba to make the left back position at Bayern his own for years to come. 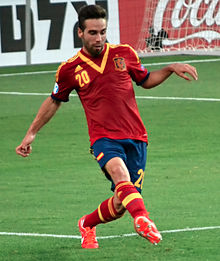 The Real Madrid youth product has returned for the new season, after spending the 12/13 season at Bayer Leverkusen, to wrestle away the right back spot from Álvaro Arbeloa. Initially seen as surplus to requirements at Real, he was sold to Leverkusen with a buy back clause. Surely Madrid are happy they included that. Making 32 appearances in the Bundesliga, Dani scored 1 goal and contributed 7 assists, while maintaining a 79% pass accuracy. He also won 83% of his tackles (92 out of 111). The Spanish international would hope to quickly fill the position in the senior team, provided he can overtake Martin Montoya at U21 level, and would only further strengthen the national team in their hope to make history with another win in Brazil next year.

These are my top 5 young defenders in the world right now. Honourable mentions should go to Marquinhos, Iñigo Martínez, and Marc Bartra. Thanks for Reading!

One thought on “Top 5 Young Defenders in the World”